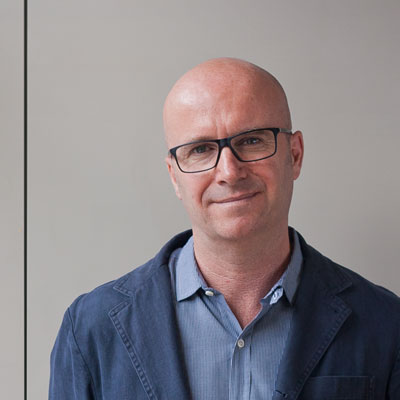 There was a huge range of contributors to the FT Future of Mobility Summit which took place on Tuesday 26th of November in London. It attracted speakers and attendees from all across the mobility landscape. From city authorities and vehicle manufacturers to OEM suppliers; from mobility service providers to public transport operators, delivery companies, and even energy providers. The general spirit of the event was managing in a new era of dampened expectations. Not only has the projected mass roll-out of Autonomous Vehicles (AVs) been pushed back to 2040, but sales of electric cars are slower than many hoped. The business models of many of the Mobility as a Service (MaaS) operators have also been thrown into question: The news that Uber had lost its London licence broke the day before the conference and cast a pall over the pertinent discussions.

The acceptance that realising the Connected, Autonomous, Shared and Electric (CASE) mobility vision is going to take decades rather than years, was summed up by the term ‘managed transition’, which was used by several speakers. Graeme Cooper, Project Director of Electric Vehicles at National Grid first used the term, when explaining the measures electricity suppliers and distributors were taking to ready the grid for mass adoption of Electric Vehicles (EVs). He was confident that the grid would be prepared in time, partly because EV adoption is likely to be gradual. It was also widely accepted that Plug-in Hybrid cars will be the critical transitional powertrain technology, until adequate charging infrastructure is in place.

Many cities have an altogether different transition in mind — the gradual removal of cars from their streets. Barbara Kathmann, Vice Mayor, City of Rotterdam, said, ‘It’s all about public transport and no private car anymore.’ This raised the perennial debate on governments shifting from vehicle taxation to pricing road use by the mile, but this was a transition that many could not foresee a government being willing to expend political capital on anytime soon.

Elsewhere Emma Loxton a Partner at McKinsey & Company proposed another managed transition. In a discussion on how to decarbonise urban logistics, she made the point that cities have been built to get people to shops, when maybe it’s time to work towards a mobility infrastructure that is optimised for getting packages to our homes or offices.

Christian Wolmar, author of ‘Driverless Cars: On a Road to Nowhere’, trolled the prospect of fully autonomous (Level 5) vehicles in a humanistic, entertaining fashion. However, Blair LaCorte, President of AEye an ‘artificial perception system’ company, reaffirmed his belief that AV technology would transition into driven cars, in the form of Advanced Driver-Assistance Systems (ADAS), which enable features such as adaptive cruise control and collision avoidance.

The criticality of mobility data threaded its way throughout the day’s conversation and debate. Natalia Quintero, Program Director of NYC’s Transit Tech Lab said her current focus, like many cities, was aggregating data from different sources to generate insights into how people and goods are moving around cities. She gave the example of not knowing how many people are in a subway carriage or platform at any moment and emphasised that she prefers software to physical infrastructure-based solutions. Sebastian Peck, Managing Director of JLR’s InMotion Ventures, explained that his investment focus had switched from consumer-facing services to back-end data ‘plumbing’ solutions. When asked about Ford’s data monetisation strategy, Sarah-Jayne Williams, Director of Ford Mobility Europe, replied that ‘whether mobility data will be monetised, or shared for the common good as a hygiene factor, is still up in the air.’

Concerns about the lack of public support for planned mobility restrictions were aired on the platform this year. Marvin Rees, Mayor of Bristol, struggled to answer questions around Bristol’s planned Clean Air Zone (CAZ), and how the ban on private diesel vehicles during peak times will regressively affect lower-income drivers, who are more likely to own older diesel cars. He referenced the push-back of commuters against Extinction Rebellion protectors at ‘The Battle of Canning Town’, as a warning to planners who run too far ahead of public consent.

Peter Campbell, the FT’s excellent chair, also pointed out that as most EVs were bought by the well-off, government subsidies for them amounted to the poor funding the rich. This was but one of the tensions between policy, people and profit that surfaced over the day’s event.

Another type of penalisation for owning older cars was demonstrated by Daniel Helldén Vice Mayor of Traffic of Stockholm (who travelled to London by train). In the cause of ‘Vision Zero’ traffic fatalities, Stockholm is introducing geofenced speed restrictions and electric-only operation zones inside the city.

Vehicles without geofencing capability will be excluded from central urban areas.

Londoners waiting for e-scooters to be legalised, would not have been cheered by the words of Michael Hurwitz, Director of Transport Innovation, Transport for London (TfL). He was decidedly lukewarm on prospects. As well as airing the safety and clutter concerns, he also pointed out that they conflict with TfL’s ‘active lifestyle’ goals, as data suggests that e-scooter rides replace a lot of walking trips.

In a throwaway remark towards the end of the summit, Campbell quipped that it was a relief that Blockchain had hardly been mentioned all day. This summed up that the end of the frothy mobility visions of a few years ago was upon us. A new air of realism and acceptance that there is a long slog ahead in terms of investment, cost reduction, learning and behavioural ‘nudging’ — which will increasingly feel like shoves to many citizens.