How cities will shape mobility 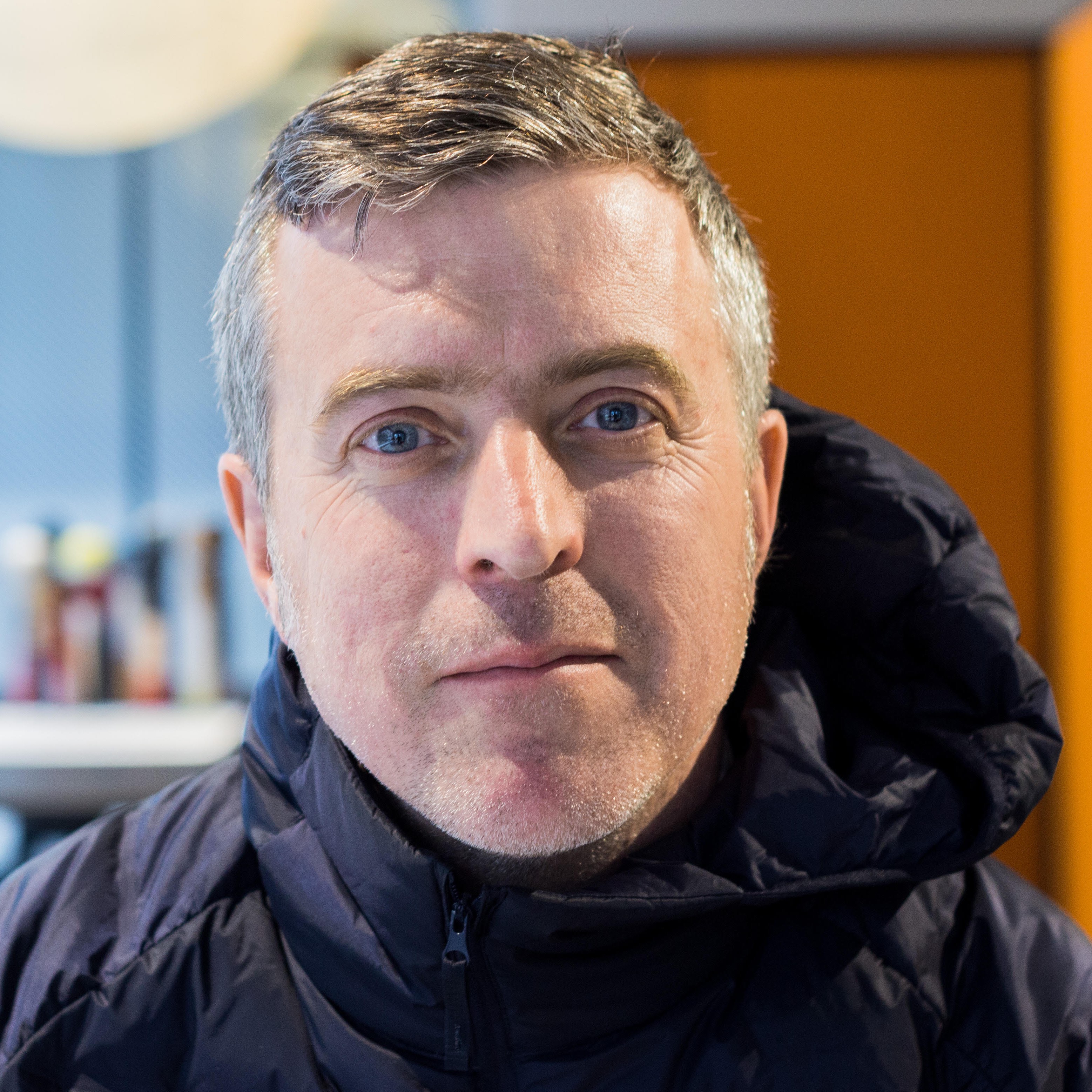 In June this year, when Uber appealed against the stripping of its London licence it performed what was effectively a mea culpa in court, agreeing that the corporate culture at the time of the ban was toxic, that many of its drivers were ineligible (over 600 were fired subsequent to the ban) and that it was entirely right for Transport for London to have removed its licence originally. They had changed however and they would now be working closely with TfL rather than riding roughshod over it. In New York, two months later, in the face of a 10% decline in public transport usage, the city authority established minimum driver payments, minimum rates of fare and a cap on the numbers of drivers in the city. Cities were finally flexing their muscles on ride-sharing.

With cities finally getting tough here, the question that faces autonomous vehicle companies is how are cities going to influence their products through regulation? For too long, manufacturers and commentators have narrowly focused on the technology in the car and not how it will operate in an urban environment. In reality AVs will have to traverse a huge diversity of urban layouts and regulations and this is starting to dawn on their manufacturers. In March 2018, the analyst Benedict Evans reframed the evolution of AVs as one of geographical rather than chronological progression. ‘Variability applies not just across different cities and countries but also in different parts of each urban landscape,’ he wrote.

From the perspective of city authorities, AVs might promise to make mobility cheaper and more accessible but it also threatens the nightmare scenario of endless log jams of single pods occupied by single travellers. Right now they are thinking at a higher level of how to achieve their policy aims and AVs are just part of their picture, along with housing, public transport and bin pick-ups. Yet they will engage with it more and more, using certain levers; some of which will build on tools being developed in response to other shifts in mobility such as ride-hailing and electrification. We have identified four of these levers to show how authorities will influence our use of AVs in cities. 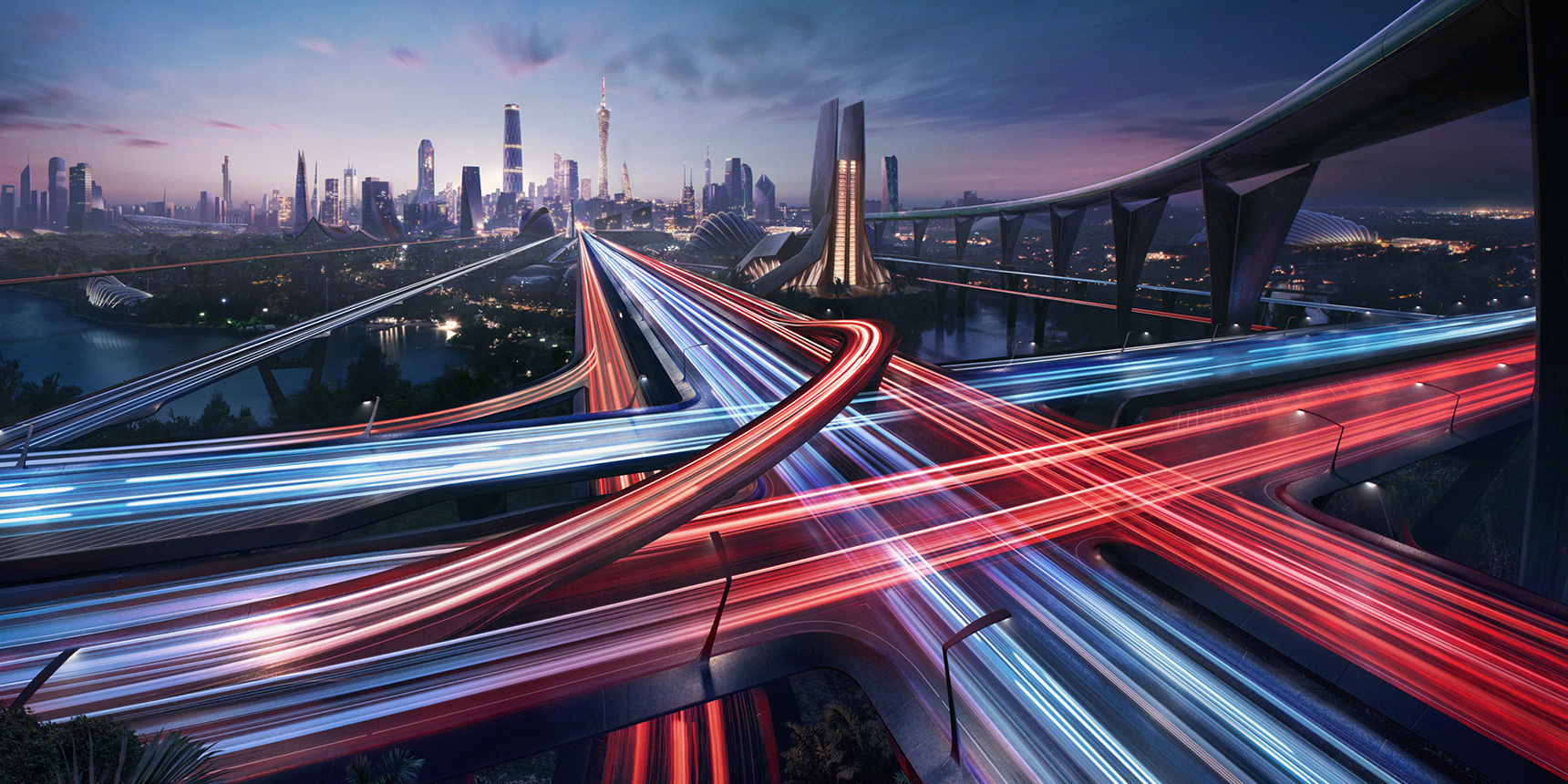 1. Zoning
The first means for cities to get a handle on AVs is to decide where they can and cannot travel. In the first instance, environments will be classified. There is one level of complexity on a California freeway and quite another in a dense city in a snowy northern clime. The types of zoning might be relatively simple, such as the kind of zones that are already in place in cities like London. Just as there is a congestion charging zone and a low emissions zone, there might be one for AVs. Indeed there may be some zones that allow level four autonomy but not level five (if the Society of Automotive Engineers levels do indeed survive).

Professor Michael Batty, Emeritus Professor of Planning at the Centre for Advanced Spatial Analysis at University College London envisages such a scenario. ‘You might have… inner areas of the city where AVs need to switch off their most powerful technology if it is known they cannot cope. There might then be zones or even corridors along motorways where more complete autonomy might be available,’ he says. Geofencing is likely to be used. These barriers are already set up around airports, open-air venues as well as sensitive buildings such as seats of government to stop drones from entering. This system could be adapted for use with AVs with the car constantly interacting with external digital infrastructure. Indeed it is likely that this technology will be used to switch connected hybrid cars onto battery-only settings in low emissions areas.

2. Public transport integration
Cities are thinking about how they integrate AV into a holistic transport model. In an interview in the New York Times in June this year Lyft founder John Zimmer addressed the hilarity that greeted the launch of Lyft Shuttle in San Francisco the year earlier: ‘We weren’t claiming that we were coming up with, like, a novel concept,’ he said. Zimmer was on the defensive as there had been a sharp decline in bus usage since Lyft began operating in the city. New York transit authorities response, on one hand, has been to cap licences but also like other transport agencies in the USA they take the attitude that they must make public transport more like ride sharing if they are to resist Uber and maintain their social role. The City of Arlington in Texas announced in March that it was replacing its downtown bus services with a ridesharing operation in conjunction with a firm called Via.

The same attitude will apply to AVs. In Europe, the approach might be different. Cities tend to have more established public transport infrastructure and the city authority’s more control over transport. With bus routes in the UK ailing due to lack of use and financial support, AVs may be used as a supplement. The app Whim, originally developed in Helsinki combines all the city’s mobility options into a single app via a monthly subscription: bus, train, bicycle, taxi and vitally, car-sharing. The app is now being used in the West Midlands in the UK. We can see that AVs will gradually be introduced into areas to plug gaps in the existing provision with apps acting as a means not just of showing where the gaps are but also enabling ongoing assessment. It is worth noting that AVs relationship to public transport in Europe seems to be more supplementary than in direct conflict as is the case in the USA.

In the longer term, transport authorities will realise that AVs will not simply replace existing services with something flashier but add to their provision. Shlomo Angel, an urban-studies expert at New York University suggests another way of looking at the issue in that AVs could provide for transport needs currently being provided for by cars. He suggests that workers in cities no longer simply shuttle between the suburbs to the central business district. As Angel puts it: ‘everyone goes from everywhere to everywhere.’ In a paper published in Cities journal in 2016, Angel and his colleagues showed that in the USA only 13% of the commuter trips are to the central business district. ‘The idea that they can replace the car with public transport in a decentralised city will not happen and need not happen. The replacement is the autonomous car,’ he says. 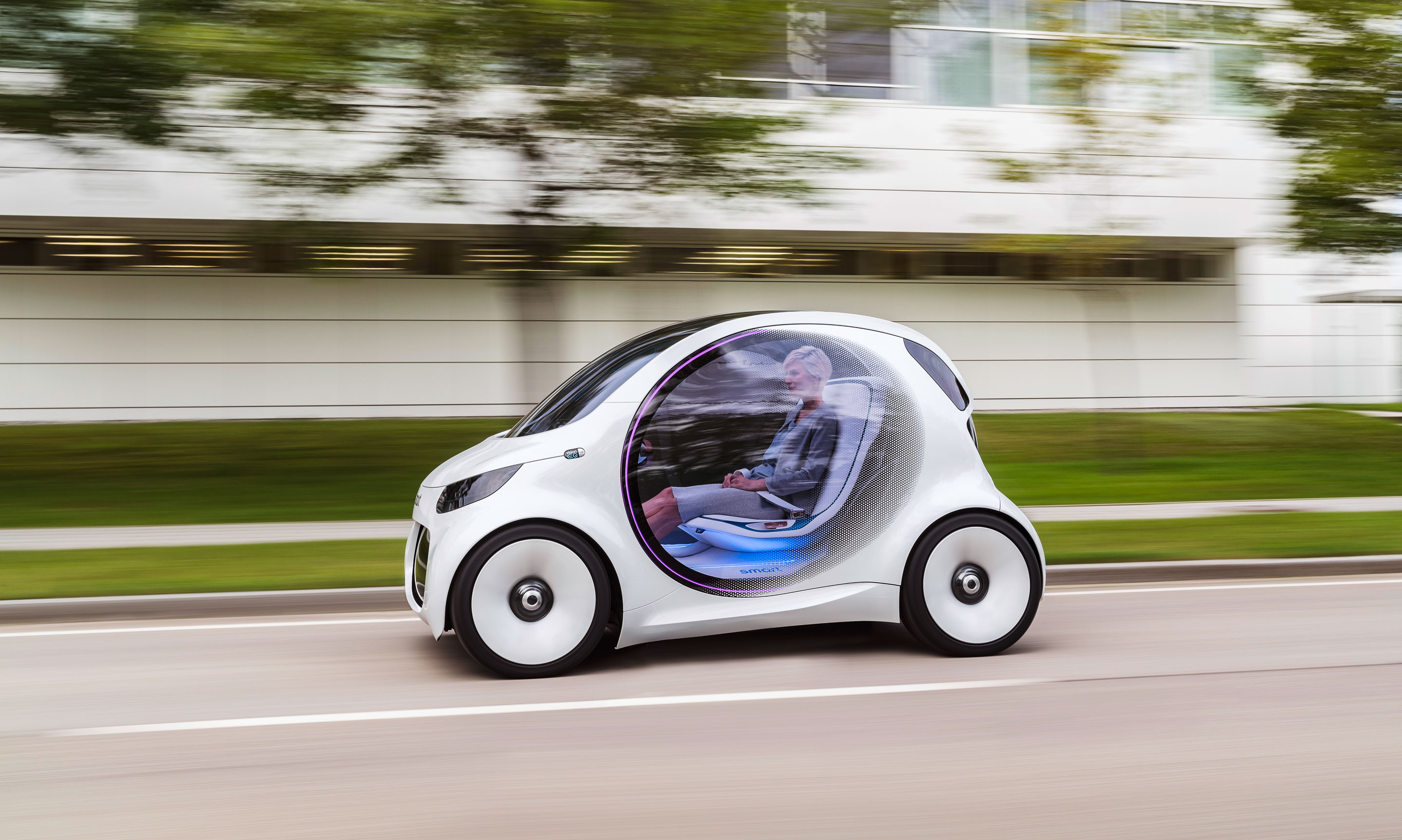 3. Kerb management
As car ownership and usage falls in urban centres, cities are already looking to replace parking revenue with new sources and are looking for revenue by managing pick-up and drop-off space around popular destinations. US cities are catching up on Europe by ditching laws which require new developments to provide swathes of parking. Architecture firm Gensler designed an office in Cincinatti with above-ground parking that can be converted into office space when they are no longer needed. In Paris the city authorities have removed 43 percent of personal parking spaces since 2001 and reserved spots for deliveries on major streets. Asserting the primacy of drop-off and pick up returns the city to an era before the car when the pavement was crossed by passengers and freight from kerb to buildings much more frequently.

It is telling that Alphabet owns a subsidiary called Coord which has created an API for parking and road charges which now covers Seattle, San Francisco, New York and parts of LA. The platform also covers tolls and can be easily adapted to include different kinds of charges. Alphabet is engaged not just in mapping in a digital format, taking lists of current charging which exist currently on spreadsheets in council offices but they are also looking at how to manage the relationship in terms of physical infrastructure. They set up the company Sidewalk Labs – now helping design a new district in Toronto – to innovate in the areas of mobility planning with a particular interest in the way mobility relates to the kerb.

4. Routing Direction
The mapping process suggested above will also lead to greater traffic control. One of the real eye-openers for local authorities is the increased amount of information that can be provided by applications like Waze whose users (or ‘Wazers’) provide traffic information. In addition, the app sends anonymous information, including users’ speed and location, back to its database so the app can then provide real-time traffic updates. Although the information isn’t very deep, Waze has been working with cities to openly share data; a gesture which acknowledges that cities are also now beginning to map their signage.

When the data is about kerbspace occupancy – details of who is delivering what and when – then issues of ownership become more tricky not only because one is now dealing with information created by vehicle fleet owners and operators but also because one can do a lot more with that data. The likelihood is that fleets will only share data by subscribing to a service that benefits them. The city, in turn, will share if it feels that it can get privileged information about what is happening on the street and be able to enforce regulations. It will be a tricky
balancing act to ensure all parties are happy. Yet AVs may be the lever which finally delivers layered digital maps of urban infrastructure: from road repair, deliveries, all the way up to the infrastructure which AVs will rely on such as speed limits and signage information.

Conclusion
Whilst AV manufacturers are still working out the technology and considering business models (will we hire or lease them) they are becoming aware – thanks to the Uber experience in New York and London that there is another issue looming. This is how cities will influence the way in which AVs work and the truth is they will profoundly shape how we experience them. As we know every city is different and, as time passes, and different mayors or councils take power their agendas evolve or change. The landscape will be incredibly complex. One thing is for certain: we will experience AVs in a very local way.