How brands can manage the risks and rewards of selling through the dominant online retailer. 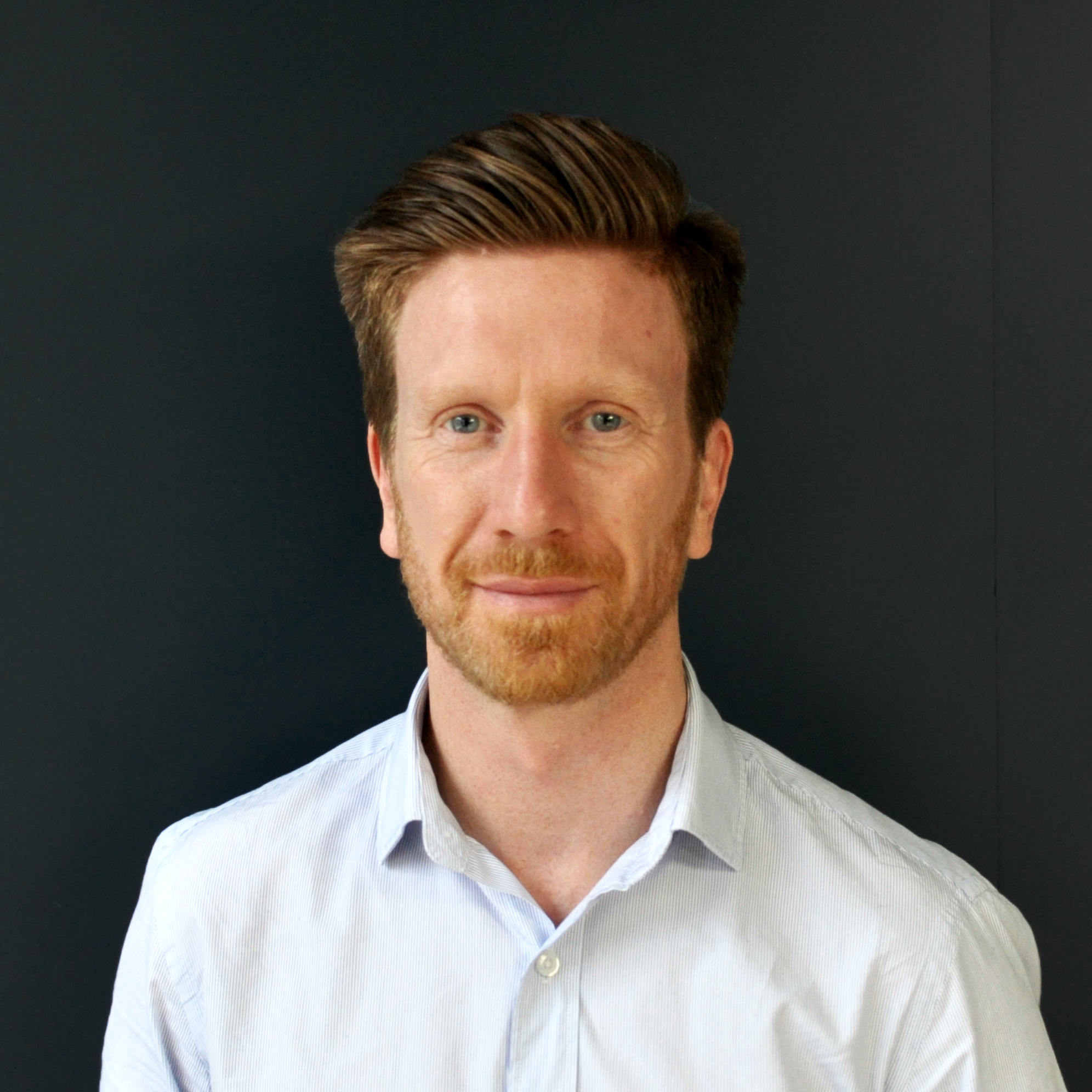 Everybody knows that Amazon has transformed the retail industry in recent years. But as well as providing new opportunities, the giant retailer also poses fresh challenges to the brands that sell on the platform. How can these brands balance the benefits of Amazon with the potential threats it poses to their business?

As the backlash against Big Tech gathers momentum, Amazon is collecting some bad reviews in high places. Last July, US Treasury Secretary Steven Mnuchin said, ‘I think if you look at Amazon, although there are certain benefits to it, they’ve destroyed the retail industry across the United States so there’s no question they’ve limited competition.’

According to Statista, 45.2 million mobile users accessed the Amazon app in March 2019 in the USA — twice its nearest rival in the retail sector. This market dominance has led to scrutiny of the tech giant by powerful trust-busters from the US Department of Justice and the Federal Trade Commission. Yet Amazon is attracting ever-wider support where it matters: amongst consumers.

It’s difficult to overstate how huge Amazon’s customer reach has become. In 2018, Amazon CEO Jeff Bezos revealed for the first time the number of Prime subscribers — over 100 million worldwide. Five billion items were shipped with Amazon Prime in 2017. According to a study published in March 2019, two-thirds of US shoppers start their search for new products on Amazon. By contrast, only one-fifth start with a Google search.

So, for most companies selling through Amazon is a must. And they are encouraged to do so. Many smaller brands use the Fulfilment By Amazon (FBA) service. Benefits include effortless logistics, potentially unlimited warehouse space, fast delivery at discounted rates, plus customer service and returns management. Amazon typically takes 15% of the sale price, but for many companies this still provides a far more efficient way to sell than going it alone or through traditional channels which usually demand a higher slice of the retail price.

‘You can be an umpire, or you can be a player — but you can’t be both’

What happens though when Amazon sells its own brands? In April 2019, Senator Elizabeth Warren criticised Amazon for its double role as both a marketplace for selling third-party goods and as a direct seller of its own private-label products. ‘You can be an umpire, or you can be a player — but you can’t be both’, the presidential hopeful tweeted.

With the upsides of using Amazon as a retail partner comes the risk of how it might use insights from aggregated sales data to launch its own products. Whether a sale is made by itself or by a third-party marketplace seller, Amazon gets the data. The moment a category becomes attractive, Amazon may decide to offer a directly competing product. This is a pretty scary prospect for small independent sellers. But it’s a threat to bigger brands, too.

Amazon is adamant that it doesn’t engage in such practices and does not ‘use individual sellers’ data to launch private label products.’ It says that ‘Amazon’s private label products are only about 1% of our total sales.’ However, Amazon’s consumer packaged goods (CPG) brands, which include household, pet, baby, grocery and health and beauty products, grew by 81% in 2018. Although this growth was from a comparatively low base as a proportion of overall sales, it is an early signal of a growing potential threat to established brands.

As well as launching competitive products, Amazon can use its platform to promote them aggressively. In 2017, Scott Galloway, Professor of Marketing at the New York University Stern School of Business, conducted an experiment to illustrate how Amazon was using its voice platform, Alexa, to promote its own brands. He reported how, in key categories such as batteries, Alexa would suggest Amazon Basics and play dumb about other choices, saying ‘Sorry, that’s all I found!’ when there were many other big brands — Duracell, Energizer, etc — listed on Amazon.com.

Galloway showed how this advantage was pressed home by Amazon Basics batteries being cheaper if ordered via voice, through Alexa. Thus, customers are further encouraged to shop this way and unknowingly steered away from more established brands.

It’s not just via Alexa. Amazon’s practice of exclusively promoting its own private-label products on the most prominent parts of its site has drawn the ire of many sellers and brands for being unfair and abusive. But Amazon continues to double down on growing and promoting its private-label offerings. This is standard practice for big retailers, online or otherwise, though never before at Amazon’s scale and pace. As of March 2019, Amazon had 119 private-label brands according to research firm Gartner’s L2, almost all of which were created in the past three years.

So how can companies and brands navigate the Amazon challenge and successfully sell online?

1. Embrace the benefits, but build a strong brand — and protect it

Strong brands are best placed to resist the threat of copycats, be they from Amazon or elsewhere.

Steven Yang started Chinese electronics brand Anker in 2011 after working as a software engineer for Google in California. Sales of its portable battery packs grew rapidly from 1,000 to 20,000+ orders per day in four years, including over 100,000 in two days during the Thanksgiving season. AnkerDirect is now one of the largest sellers on Amazon.

Yang highlights customer insight benefits: ‘The key to building high quality and innovative products is to listen to your customers. Amazon reviews are the single most important input to our new product development process’.

Inside every Anker box there’s a small square piece of paper that asks customers the big question: are you happy, or unhappy? If unhappy, customers are instructed to contact Anker customer support. If happy, it asks customers to tell their friends or family. Or better yet, leave an Amazon review.

In this way, in addition to utilising Amazon’s sales and distribution, Anker takes advantage of Amazon’s powerful customer review system to help build its brand and lift it to the top of product search listings with ‘happy’ comments. At the same time, it collects ‘unhappy’ critical feedback, which helps improve its products, both directly and privately.

In 2018 Apple, perhaps the world’s strongest brand, began selling through Amazon, but used its muscle to promote and protect its brand.

When you type ‘apple’ into Amazon’s search bar, the first result is a link to Apple’s official product page. This features all of Apple’s usual branding from its own website, along with a custom header directing users to other products and accessories, similar to what Amazon does for its own hardware line-ups. Apple has managed to preserve an experience on Amazon that is very similar to its own webstore.

A further display of Apple’s strength is that since the Amazon deal, only Apple or Apple-authorised resellers are allowed to sell Apple and Beats devices through Amazon’s site. All unauthorised listings were taken down in January 2018.

2. Forego the benefits and retain control

An obvious way to avoid price undercutting and competition from Amazon is to not partner with it and instead sell direct or through other channels. Although Amazon’s distribution scale makes it hard for mass-market brands to ignore, it is an option for higher-end, niche brands, with strong marketing operations, or those seeking to challenge the status quo.

Selling Direct-to-Consumer (D2C) helps companies retain control over their brand story. Recently formed Digitally Native Vertical Brands (DNVBs) like Warby Parker, Bombas and Everlane are showing the way. As well as promoting premium products, they have focused on friendly, ‘for good’ propositions that include a charitable, or sustainable element. A good example is eyewear company Warby Parker’s ‘Buy a Pair, Give a Pair’ programme where, for every pair of glasses sold, a pair is distributed to someone in need.

Staying away from the dominant retail giant helps to strengthen these brands’ independent, challenger positioning. A key component of Warby Parker’s success has been its David vs. Goliath challenge to the dominance of Luxottica, who previously enjoyed up to 80% of the US eyewear market. Selling to customers directly resonates with the consumer of today’s desire to support the ‘little guy’, rather than dealing with the corporate ‘Man’ that Amazon has become.

Selling direct also allows brands to retain greater control of the end-to-end consumer experience. Warby Parker took the view that as well as being expensive, buying glasses was a chore. It aimed to disrupt the category by reinventing the experience, attempting to make it more convenient and engaging. Convenience comes from the playfully titled ‘Good things await you’ free Home Try-On service. By inserting so-called ‘miracle moments’ into their buying and customer engagement process, Warby Parker is attempting to turn first-time buyers into lifetime customers.

When asked for his best advice, Dave Gilboa, co-founder and co-CEO of Warby Parker said, ‘Never outsource critical components of your business’.

3. The best of both worlds

A few brands have found ways to sell through Amazon, leveraging the advantages of great scale, but without sharing all of their precious data, which would put them at risk. They do this by integrating services into their offer that build a direct relationship with the consumer and harvest proprietary data, after the retail transaction and fulfilment has been completed through Amazon.

The challenge with this approach is motivating people to engage post-purchase and ensuring that they feel comfortable having their data collected. To ensure this happens, the customer has to feel that they are getting something worthwhile in return. The data harvesting should then be transparent, taking place seamlessly in the background without adding friction to the experience.

The Bose Connect app that accompanies their connected headphones and speakers is a good example. The visible, value-added benefit to the software is the improvement in pairing between multiple music sources and Bose speakers and headphones. Features include simplified switching between paired devices that would be impossible through traditional Bluetooth pairing. Additionally, in the background, the app collects all sorts of valuable usage data, which is explained in Bose’s Privacy Policy. This includes information related to playlists, artists, albums, songs, or podcasts, plus environmental data (e.g. noise level and audio frequencies) — presumably captured through the microphones on the noise-cancelling products.

The app isn’t required to use the company’s speakers and headphones. Users can opt out of diagnostic and usage data collection; Bose state that they have never sold personal data, nor used it to identify users or anyone else. But it adds enough value to the product experience to motivate many users to adopt it.

While far from being the only online retailer, it’s clear that few brand owners can afford to ignore Amazon. Even the mighty Apple has concluded that it’s better off selling through Amazon, in addition to its traditional channels.

Of course, companies need to formulate a strategy that carefully considers both Amazon’s advantages and potential pitfalls. In broad terms, there are three choices. They can choose to fully embrace Amazon and all it has to offer, while bearing in mind it is vital to stand out from the sea of generic competitors and resist the threat of a potential Amazon private label brand. Or companies can choose to reject Amazon entirely, adopting an independent positioning and retaining control of the entire consumer journey.

Perhaps the best approach though, where possible, is to tap into the benefits of Amazon’s reach and fulfilment; but try to ensure that shared sales data alone is not enough to spawn a competitor.

Whatever the option, it’s vital that navigating Amazon is part of any strategy for major online sales. Regardless of its critics, the retail (and brand) giant is set to dominate the market for years to come.