Redesigning work in an age of automation

Slideshare of Kevin's talk at Futureheads on the future of work.

Hosted by the recruitment specialists Futureheads, the series Leaders in Change is an established forum for leaders in the digital industry to talk about key areas of change they are driving, with conversations ranging from diversity and product development through to blockchain and telling stories with data. Previous invitees include  Jeff Gothelf, and Pete Trainor.

Our founder Kevin McCullagh was invited at the end of 2018 and took the chance to dispel the fear that robots will soon be taking our jobs and explore how product teams can engage with automation to unlock economic growth and fuel innovation. He began by describing the current automation anxiety within a historical context. Then he suggested instead that automation offered reasons to be cheerful; that most jobs are best tackled with a mix of human and machine strengths. He ventured that most jobs will be redesigned to take advantage of automation including design and that this was a good thing! Kevin encouraged his audience to stop fretting about how easily and soon humans will be replaced and instead encourage its members to think about the future of automation in a positive way. as interlacing machine strengths with those of humans. Work will need redesigning, he said, but the AI enabled automation – done well – can unlock economic growth and fuel innovation.

The Slideshare is here.

Before he gave the talk Kevin was interviewed by Kaler Pilgrim of Futureheads. You can read that here. 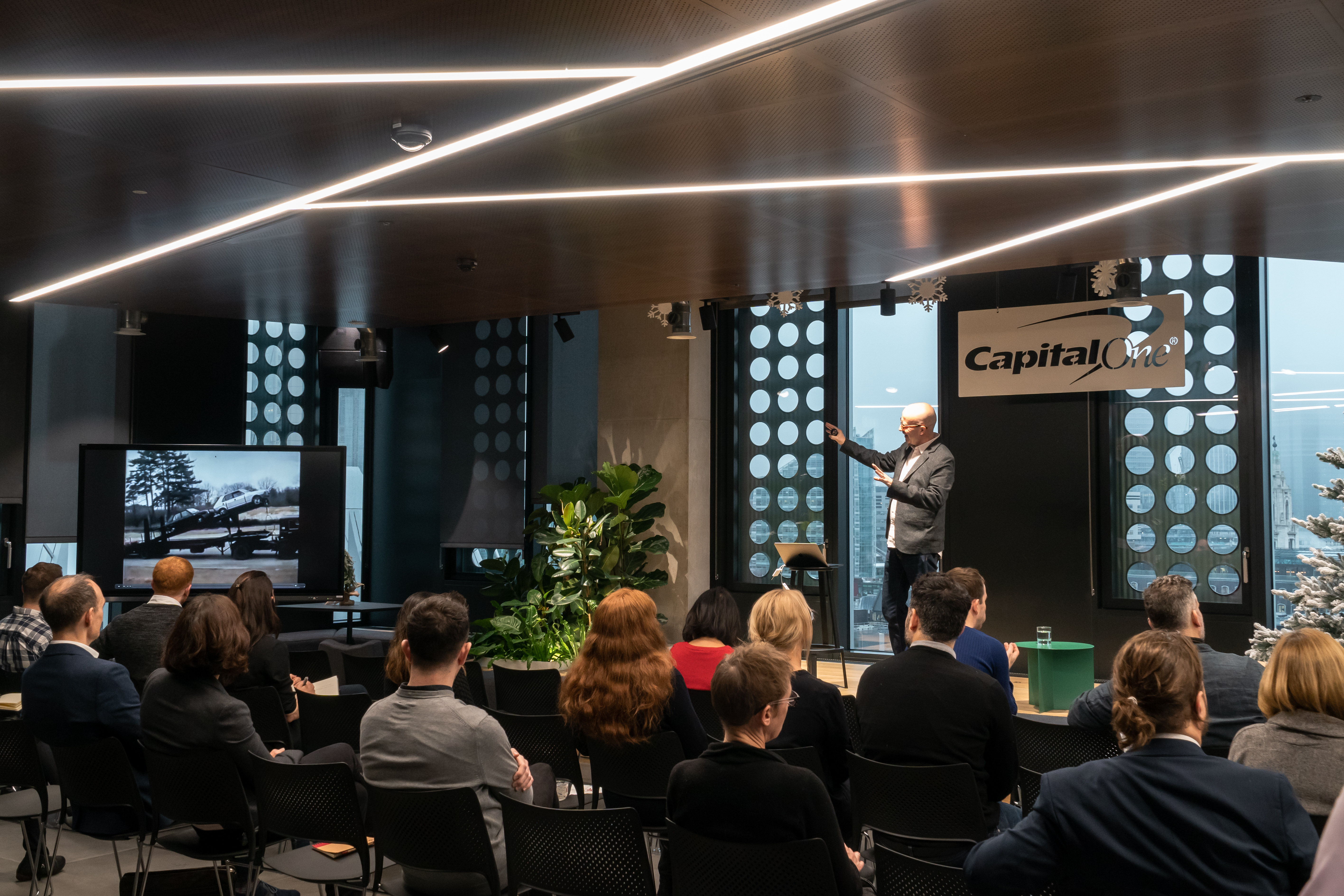